This search form uses an instant search feature. As you type, search results will appear automatically below the search field. When you've entered you desired search terms use tab to navigate through the available results and hit enter to open the selected page or document.
EDIT MAIN

The mission of the Emmetsburg Educational Foundation is to enhance quality education.

On Wednesday, Dec. 30, the Emmetsburg Educational Foundation (EEF) received $24,000 in initial financial contributions from the Martini family of Palo Alto County to establish the Martini Brothers Scholarship, a segregated fund to be used to support students pursuing agricultural interests in their post-secondary education. In honor of the late William (Bill) and Lloyd Martini, this will be a yearly $1,000 one-time scholarship to be granted to a graduating student with need from Emmetsburg High School going into an agriculture-related field of study.

“We as a Foundation are very excited that the Martini family will be honoring Bill and Lloyd Martini with this endowed scholarship and helping to assist future graduates of EHS with college tuition,” said Brian Rouse, EEF President.

Martini Family Farm
In 1989 the Martini farm in Palo Alto County, near Cylinder, received designation as a Century Farm. According to the Iowa Farm Bureau description, the Century Farm Program recognizes and honors Iowa’s long tradition of family farming by celebrating farms that have been held in the same family for over 100 years.

With the advent of WWII, things began to change. Bill, Lloyd and Richard went off to fight for freedom. Bill and Richard did not see much action but Lloyd fought in North Africa, Sicily, and Italy. He saw some of the worst fighting of the war.

After the war, Lloyd and Bill took over the majority of the farm business. Grandchildren around in the 50s and early 60s remember fenced fields, dairy cows, award winning pigs, chicken flocks, and bountiful flower and vegetable gardens. They played with the collie dogs and helped the dogs bring the cows back to the barn for milking. On the front porch of the farmhouse, long tables presided over by grandma and the aunts provided room for family gatherings. A wonderful time, but the family was changing, along with farming fortunes and methods in the region.

The Martini siblings inherited the farm. Bill and Lloyd then bought the others out. They acquired more land, taking the farming operation to over 700 acres. The fences went down and bigger machinery (all John Deere) planted and harvested soybeans and corn.

Getting older now, the brothers rented the land to members of the neighboring Opheim family. Bill passed away in 1997 and Lloyd passed in 2002. Their wills left the farm as a living trust for their siblings, then to be sold with the proceeds going to their then-living nieces and nephews.
In December 2020 that sale occurred. Happily, some of the land was purchased by the Opheim family who had long-rented the land and were good stewards.

Some of the Martini cousins, being recipients of the proceeds from the sale of the farm, wanted to honor the stewardship of this land by grandparents, parents, aunts and uncles, and particularly wanted to recognize uncles Bill and Lloyd, whose wills established their inheritance. Accordingly, contributors asked that the EEF create a segregated fund in the name of the “Martini Brothers Scholarship," asking that the Foundation select the student, seeking input and recommendation of both the high school’s Agriculture instructor and FFA Advisor.

About the EEF
The EEF is a non-profit organization that was founded in 1993 to establish a scholarship fund which has grown over the years and assisted many of our local graduates in pursuing their college education. The Foundation is best known for the scholarships they award but has also been involved in other projects, such as the E-Hawk Plaza.

Over the last 27 years the EEF has distributed over $440,000 in college scholarships to over 450 graduates from Emmetsburg High School. The success of the EEF would not be possible without community and alumni financial support.

The Emmetsburg Educational Foundation is a charitable 501(c)3 organization. 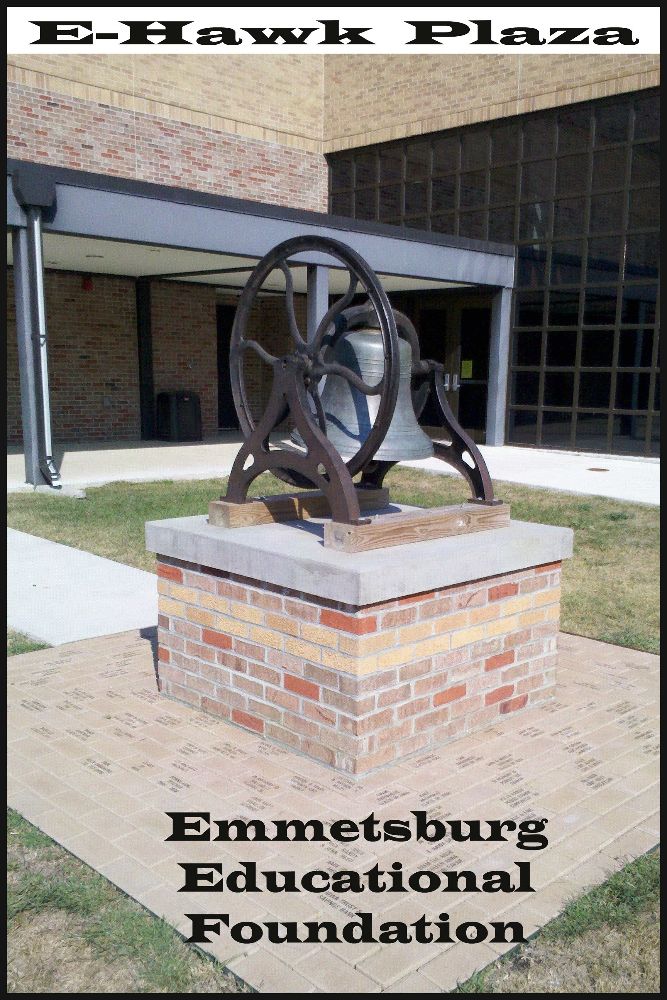 Support EEF while shopping on Amazon by using this link: https://smile.amazon.com/ch/42-1430652

If you use shop on amazon using this link, Amazon will donate to our foundation.